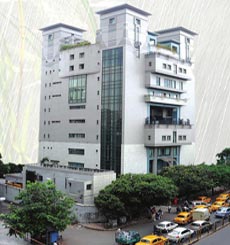 In 1945, a few patriotic visionaries of Calcutta had a dream. They dreamt of having their own club with traditional Indian values of the virtues of family life. They were all Karmayogis who had come from thousands of kilometers away from the patriotic land of Rajputana and who had made it into the world with their hard work, dedication and determination. They fulfilled their dream in 1946. On 18.02.1946 they rented a bunglow with a lawn on Lansdowne Road, a posh locality and aptly named it Hindusthan Club.

The founding fathers were all men of principle and of highest virtue. They preached and also followed the traditional Indian values. It was a club meant for the families including little children and probably this is the only club where people of all ages are found enjoying the club facilities. The Club was prospering and round the year, club programmes were being organized. The club was making a name for itself in the sports activities like Bridge, Billiards, Snooker etc. and it had achieved the status of unparalleled in the field of catering.

In the 1990s, with the blessings of the founding fathers and the elders, in true tradition of the club, the leaders of the club bought out the rented premises. The club activities were as vibrant as ever, the family was growing healthier, the club was adding one feather after the other in its cap. The world had become global and shrunk to a small village. Hindusthan Club was also on the verge of modernity and with the purchase of the club land, the work for a ten storied modern club building with multi-facilities like Restaurants, banquets swimming pool, squash court, health club, sauna, gym, residential rooms, etc. began and started full fledged in 2003-2004.